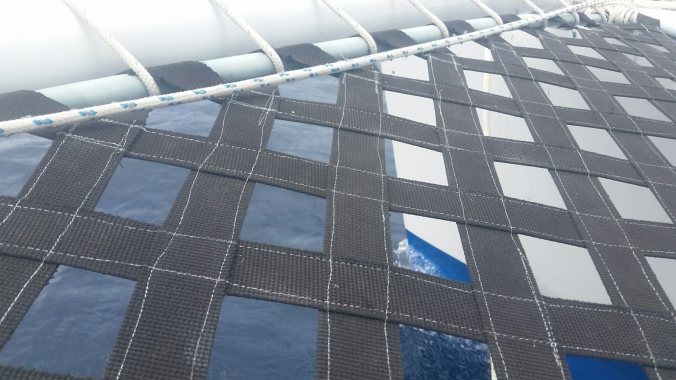 It’s been a long time since I’ve posted and a lot has happened.  I have some more detailed blogs written that I’ll try to backpost at a later date, but for now I’ll briefly catch you up to date.

We cruised from Puerto Rico to US Virgin Islands and British Virgin Islands. It was lovely and as usual we had a few boat problems crop up that were difficult to resolve.

Unfortunately, in BVI, Jay got seriously ill with an acute case of Diverticulitis. He had to leave the ship. I brought on Khalil and Ryon to help Laura and I and we took off for St Martin.  Once there, Laura decided to continue on with a friend on his boat, Kahlil got a job offer and Ryon didn’t want to hang around while we got engine repairs.

So sitting in Marigot Bay for a month while the port engine was dealt with (it had some major issues with leaking due to electrolysis.) I eventually decided we’d be better off hauling out in St Martin instead of doing so in Curaçao.

Once the port engine was running again, we moved to Time Out Boat Yard and I took a break from the boat, visiting Portland with Fiona and Annika. Unfortunately, the new crew I left in charge during my absence turned out to be a con artist. I don’t like to say anything ill of crew, but it turns out this guy has a rep for finding people to take advantage of and doing so. I’m pretty sure I paid him for work he didn’t do and that he sold my dinghy engine claiming it had been stolen, in addition to completely trashing the boat.

On the positive side, the team I hired after him at Custom Fit Marine did an outstanding job refitting the boat.  They spent two months on her because the rigging job done in Ft Lauderdale was very incomplete, and they found and resolved some other serious problems that needed treatment and would have been dangerous in the Pacific.

This was also the time that our new mascot joined us.  Andrea was watching a boat be hauled out by the yard crane, when out wanders this bit of orange fluff.

She brought him for Linnea to see and immediately lose her heart.  She named him Toby (in honor of the Time Out Boat Yard where he was found.)

So at the middle of May I’m back on my boat and in the water. Annika and Fiona let me take Linnea for a turn while they stayed in Portland. My lifelong friend Andrea joined me and we have a new crew member, Ken from Colorado.

We left St Martin on Saturday, arriving in st croix on Sunday. Unfortunately, the engines sounded terrible so we pulled into St Croix marina to have them gone over, one more time. While here we almost blew up our invertor/charger because the cord was wired back together wrong in St Martin.  It blew a fuse which we replaced and it worked. 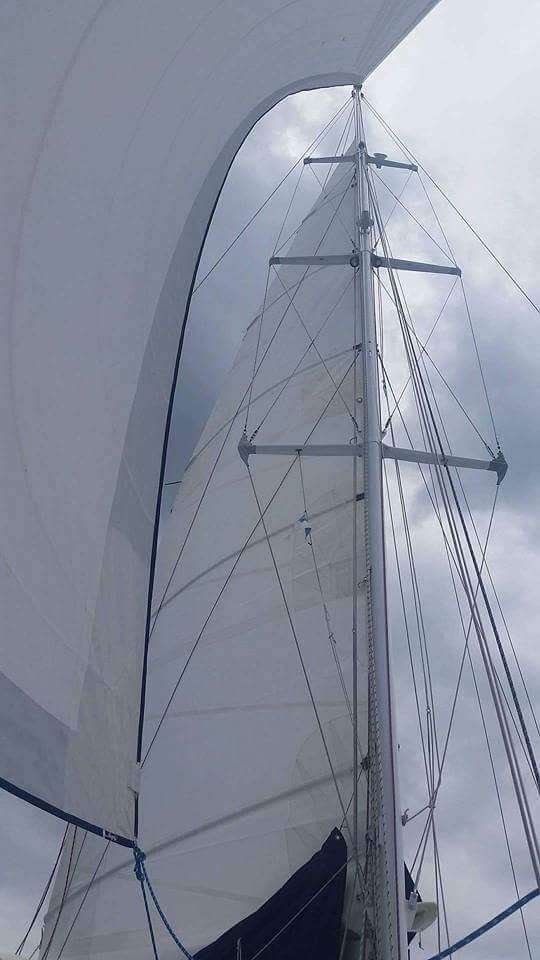 Turns out we’d put a gasoline filter in our deisel fuel filter… That resolved most of the engine problems. But when we were reassembling the invertor/charger, we dropped a drill bit that hit just the wrong spot and fried the whole shebang.

So now, we have to get that resolved before we can continue on. Seems like it’s always something… But St Croix is a nice change of pace after 3 months in St Martin . 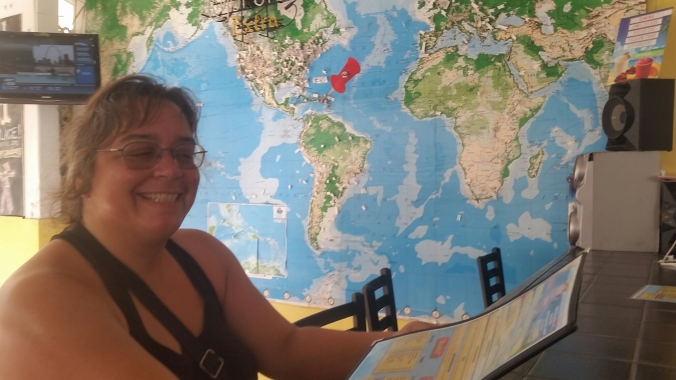 3 thoughts on “Catching Up”

Click the link to find where we are right now

Look through our older posts!